back to search results

The Aurora anchor, at Cape Evans. During Shackleton’s Endurance Expedition the Ross Sea Party was tasked with laying depots for Shackleton’s expected trans-antarctic trek. The depot's were laid at great cost to the men, but Shackleton's trek never happened because Shackleton's ship the Endurance was caught and crushed in the sea ice. The cable broke on this anchor during a storm, blowing the Aurora out to sea and stranding the Ross Sea Party at Cape Evan for almost 2 years. Three men were lost during that time, and a cross was erected for these lost men. 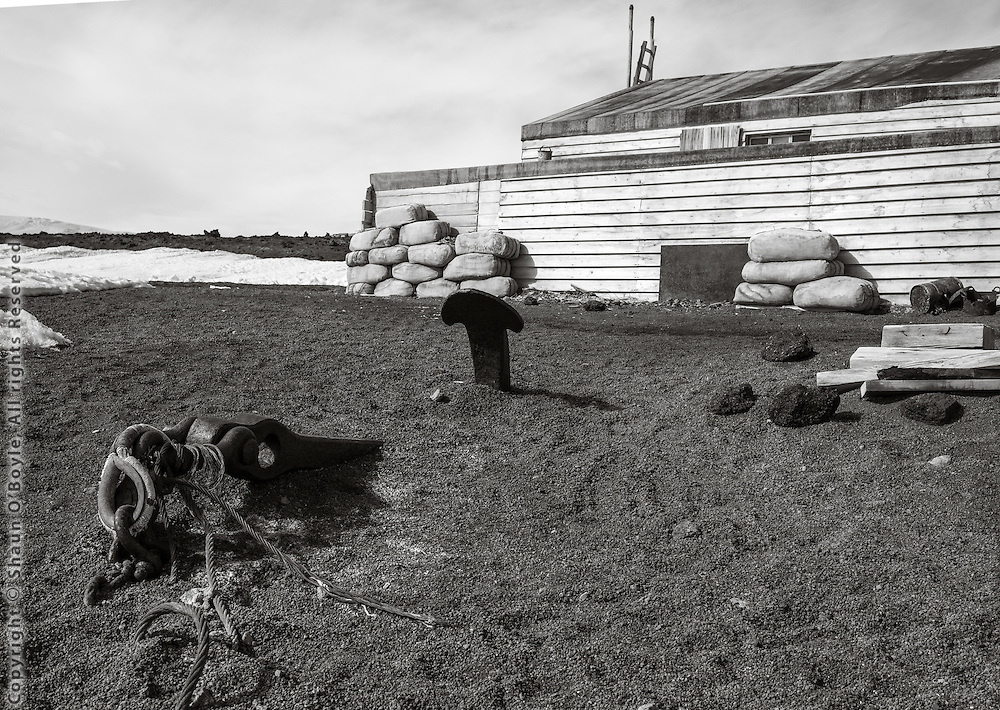